Alcoholism is also known as alcohol use disorder, and it occurs when an individual has problems in the management of how much alcohol they take, and how frequently they drink. Alcohol addiction in children and teenagers stems from the number of social, genetic, individual and family factors.

In the world today, the most frequently abused substance is alcohol. Statistics has shown that school students, starting from junior high school, are known to drink alcohol, and they have been heavily drunk once minimally in a year.

For the individual risk factors, it comprises problems in impulse management, emotional imbalance, peer pressure. The community risk factors comprise poverty and societal violence, which makes teenagers to come down with alcohol use disorder. 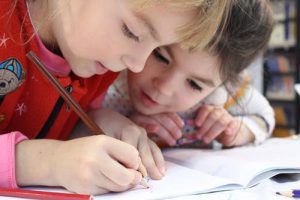 The societal risk factors as earlier mentioned, comprise peer pressure and the highlighting of teenagers drinking alcohol in the media. Studies have shown that the internet has contributed to alcohol addiction, as it portrays drinking as “cool”.

It is easy to know when a teenager has abused alcohol. One of the most common symptoms is lying. Teenagers do not want their parents to know that they are addicted. Hence, they lie about this. They also make up various excuses for their shortcomings, which is usually influenced by their addiction.

In addition, they also become abusive both physically and verbally, and they keep items which have a connection to alcohol. You would easily perceive the smell of alcohol when they speak, and under their breath as well. They also experience mood swings, and they change their friends.

The treatment for alcohol addiction in children and teenagers needs a program which works with the same conventional outline, however, it should be structured for young people.