When it comes to drug addiction, people rarely think of children and teenagers as victims. Most times, the focus is usually on adults and not young ones, thereby leaving out the possible fact that, some adults who are addicts, started off as either children or teenagers.

Children or teenagers who abuse drugs have a higher chance of coming down with an addiction when they become adults.

One of the common causes of drug addiction in children and teenagers is Curiosity. At some point in their lives, they have heard of drugs, and what it does to people. Now, at this young age, they will be more attracted to the positive short-term effects instead of the negative long-term effects. Hence, when they come across drugs, there is a tendency for them to give it a trial. 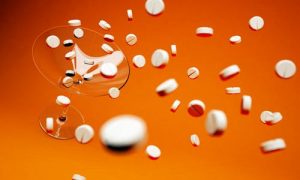 Most times, children and teenagers are able to access drugs at their school. For instance, if anyone of them has a party, there is a likely chance that some of these drugs would be present, and these young ones would have the chance to take it for the first time in their lives.

Another close reason is peer pressure. Children and teenagers are often moved by what their mates do, and failure to participate in such, does not make them “woke”. Therefore, in order to prove their mates wrong, they would be forced to take drugs not minding the accompanying detrimental effects.

One reason which is particular to teenagers, is stress. Some of them have been deceived by their mates that, drugs aid in relieving stress. When they start taking it, it gets to a point where they feel the anticipated result is not sufficient, and this makes them develop an obsession for the drug.

Parents need to be on the lookout for their children and teenagers, and parents who are also addicted to drugs will find it difficult to correct their young ones when they are caught in the act. Drug addiction comes with dire consequences, and it is advised that everyone refrains from it.